Ah yes, what better post to inaugurate this blog, than the much loved Chicken Tikka.

In it’s purest form, tikka refers to a piece of marinated meat grilled quickly under hot coals.  It’s history can be traced back to the kebabs of Persia, from where it made it’s way into the Indian cuisine through trade and colonization.  It’s other well known avatar is the ubiquitous Chicken Tikka masala, now the national dish of Britain, where grilled meat is bathed in a frighteningly iridescent orange sauce.

Tikkas are a party food in India.  Wherever you find your favorite libation served, be it watered down Johnny Walkers, London Pilsners or Thumbs Up, you will invariably run into kebabs and tikkas of all kinds.  Boneless chicken versions are generally the most popular tikkas, their neutral taste makes them a perfect backdrop for a variety of marinades and flavors. 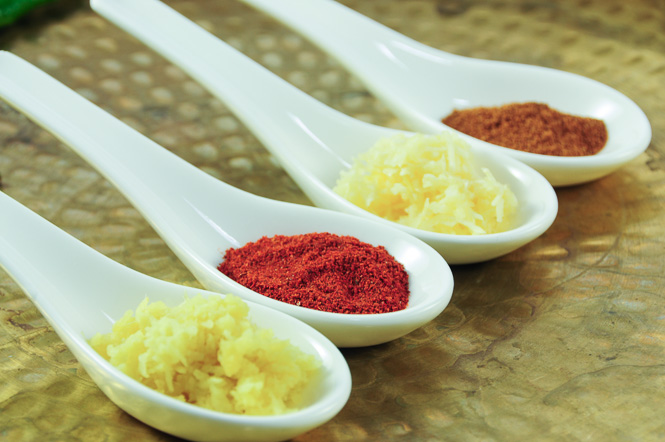 This is a simple yet delicious variety of tikka.  Chunks of chicken are marinated in yoghurt and spices and grilled under a gas grill.  It makes for a delicious appetizer or a great high protein, low carb meal when paired with a green salad.  Generally I think dark meat chicken has more flavor, but in this recipe the tenderizing effect of the yogurt makes white meat chicken an equally good choice. 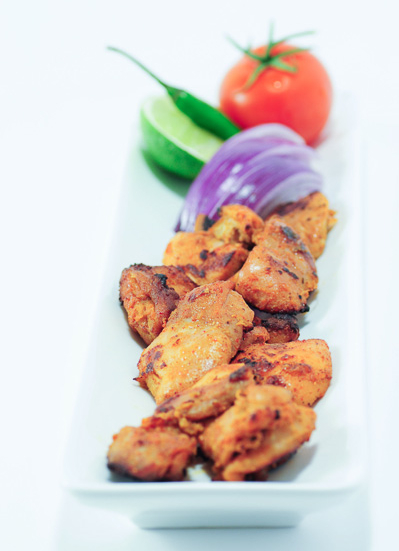 While traditionally tikkas are cooked in a searingly hot tandoor oven for a couple of minutes, I find that cranking up your gas powered oven/grill to it’s highest setting and placing the chicken in the oven only when sufficiently preheated creates a very suitable cooking environment.  If it’s warm enough to grill outside, by all means, do!  A coal fired grill can definitely take this recipe to the next level.

Print
Prep time
2 hours 30 mins
Cook time
20 mins
Total time
2 hours 50 mins
Chicken chunks marinated in yogurt and spices and cooked under a hot grill
Author: Kavya – Spiced Goodness
Recipe type: Appetiser
Cuisine: Indian
Serves: 2-3
Ingredients
Instructions
Notes
Garam masala (“hot spice”) is a blend of aromatic spices that are roasted, ground and then used to season a variety of Indian dishes. Most families have their own “secret” recipe for garam masala, but most are made with a combination of cumin seeds, coriander seeds, cardamon, cinnamon, black pepper, cloves and nutmeg. The proportions vary from recipe to recipe. If you lack the ingredients or the inclination to make your own, fret not! I use store bought garam masala – which can be found online or even at your local Walmart.
Nutrition Information
Serving size: 3-4 Calories: 200 Fat: 4g Carbohydrates: 1g Protein: 21g Cholesterol: 100mg
3.2.1275
How to make homemade yogurt » 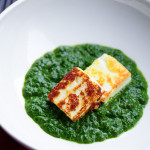 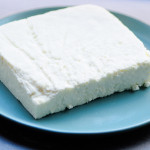 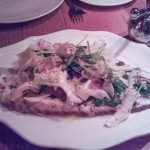 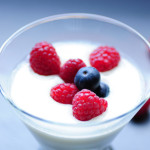 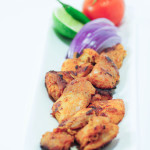